Khaby Lame is currently one of the most popular young people on social media, working as a comedian via short video on TikTok.

He was born in Senegal 21 years ago and currently lives in Italy where he does his comedy activities. 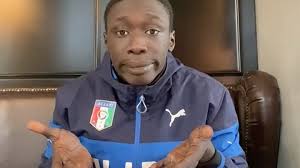 In 2020 he lost his job shortly after being hired by an Italian company and was shocked when he was told by his employer that his job was over and that he had transferred to his comedy short videos earning him millions through the TikTok network.

The value of its wealth has now reached nearly 2 million US dollars net wealth equivalent to more than 4 billion and 6 hundred million Tanzanian shillings.