The following below is The 2022 May/June NSC/SC examination timetable:- 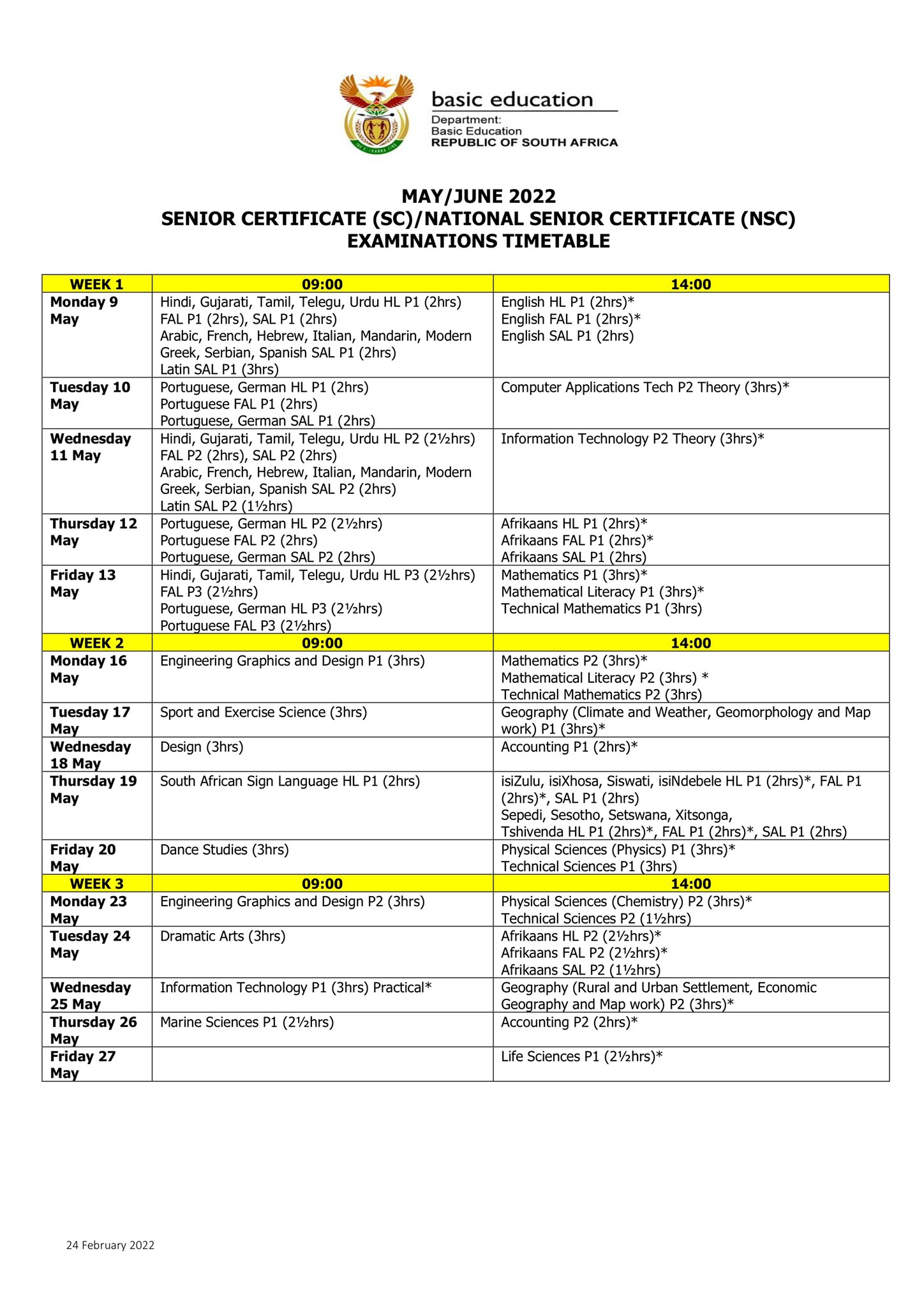 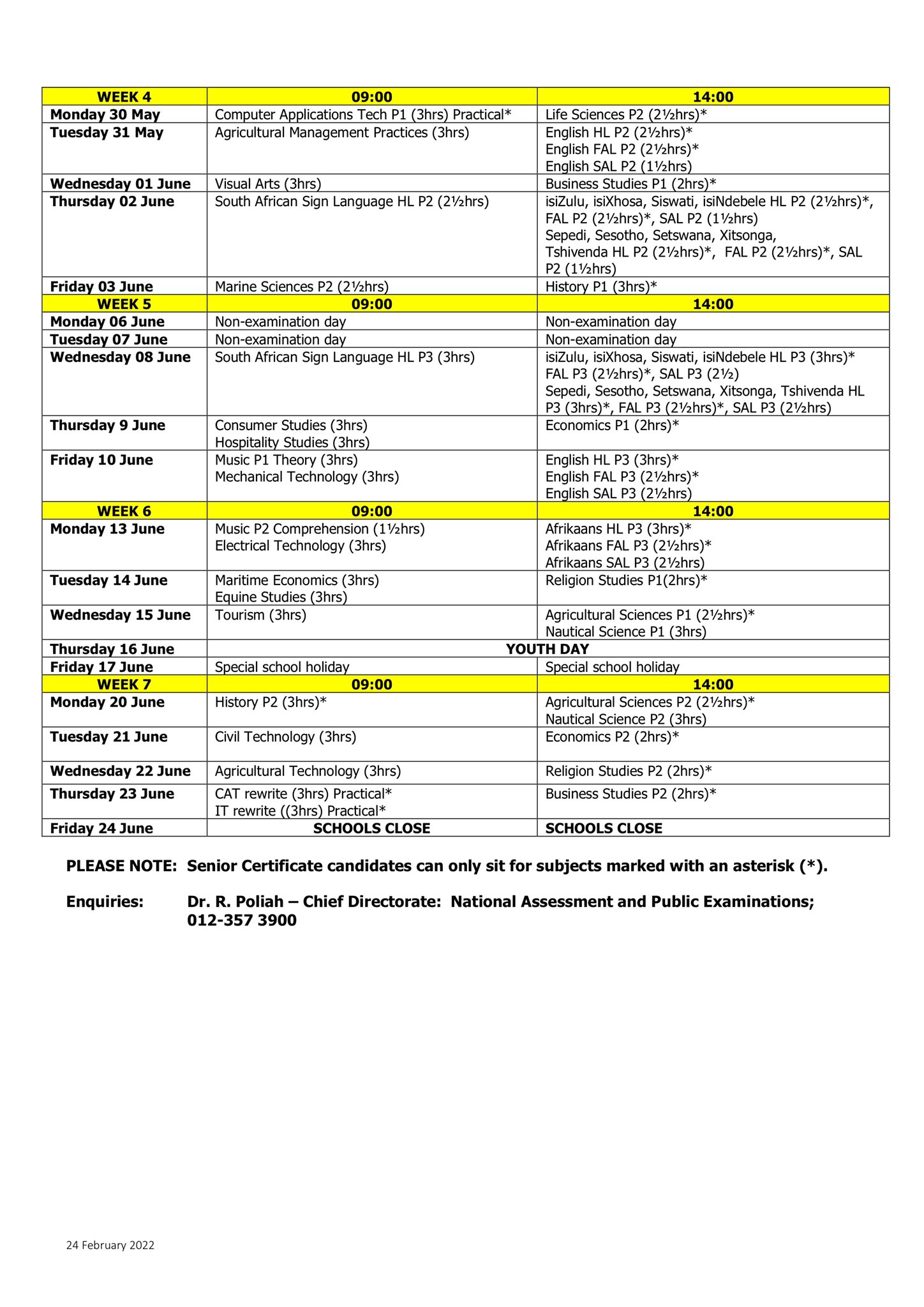 Subjects are all taken on the same level – there is no higher or standard grade as in the past. The official pass grade is 40%. from zainfo.co.za,The mean mark in any subject is usually about 55. Only a small proportion of candidates score an ‘A’ in any subject (from as little as 2% to a maximum of about 10% in subjects taken by highly select groups.) A further 8 – 15% are likely to gain a ‘B’ and about 20 – 25% achieve a ‘C’ grade. The National Senior Certificate is a group certificate and records an aggregate mark