TBS Essay Competition 2021. Tanzania Bureau of Standards (TBS) is the national standards body for Tanzania established by the government as part of the efforts to strengthen the supportive infrastructure for industry and commerce sectors across the economy within the country.

The Bureau was established as part of the efforts by the government to strengthen the supporting institutional infrastructure for the industry and commerce sectors of the economy. Specifically, TBS was mandated to undertake measures for quality control of products of all descriptions and to promote standardization in industry and commerce. 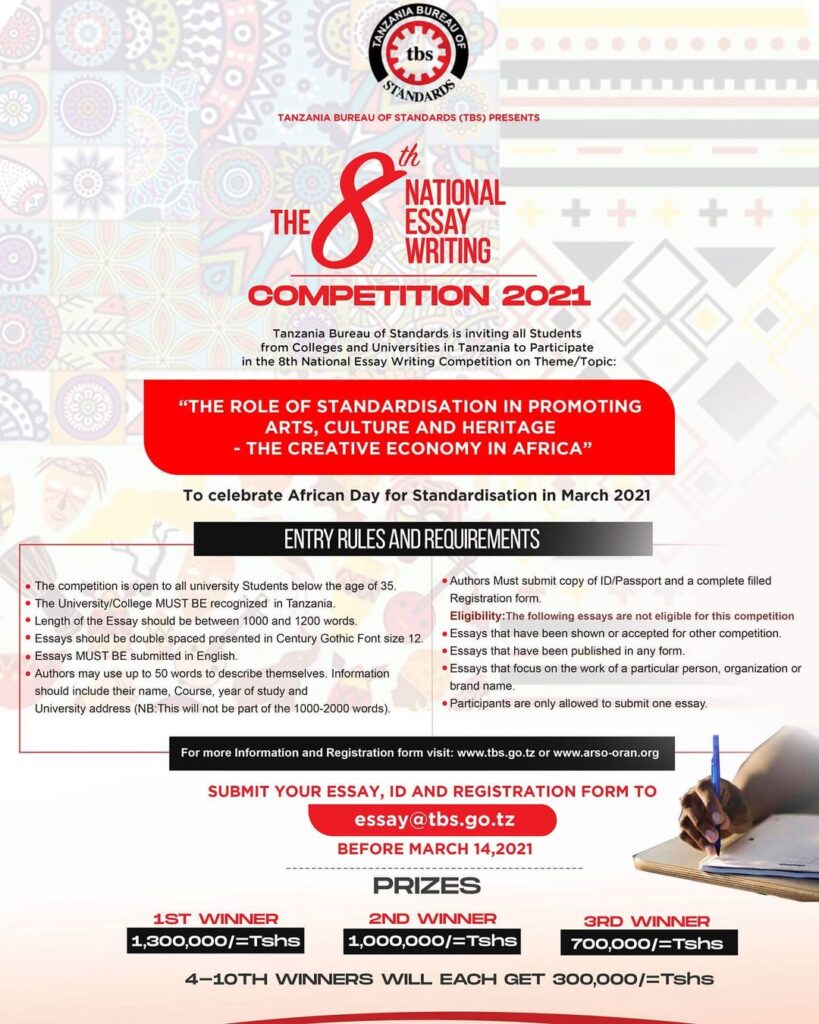