The loan was signed on Wednesday, May 26, 2021 between the secretary general of the Ministry of Finance and Planning, Emmanuel Tutuba and the director general of the eastern region of AFDB, Nnenna Nwabufo.

He said the Malagarasi project is part of the implementation of the 2015 National Energy Policy and its priorities as outlined in Tanzania’s 2025 vision that guides economic development until 2025. 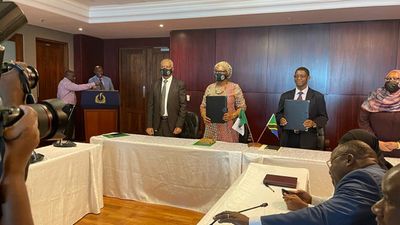 “The signing of these agreements will increase the amount of money allocated by AFDB for financing energy sector projects in the country from $ 325.19 million to 465.19 million. AFDB has also expressed interest in financing the Kakono power plant with a capacity of 87 megawatts. ”

“The Malagarasi project will involve the construction of a new 49.5 megawatt grid power plant with an average capacity of 181 GWh per year,” said Tutuba.

“On behalf of the board of AFDB we promise to work with the Government and we are grateful for the signing of this agreement,” said Nwabufo.

Please accept the terms of our newsletter. Please input your email address. That email is already subscribed. Your address has been added.

Public Servants Transfer Will be 4 times a Year