JPM All Universities To Be Opened 1st June 2020

Speaking to reporters earlier today Prof. Shemdoe said every 10th of the month following the quarterly transfer will take place and the names will be posted on the website of the Office of the President-PMO-RALG.

In addition, Prof. Shemdoe noted that the names of all the staff to be transferred will be posted on the Website of the Office of the President PMO-RALG which is www.tamisemi.go.tz.

He also asked the Administrative Secretaries of all Regions in the country to submit a list of staff to relocate the office of the President-PMO-RALG every 05th of the following month after the quarter.

In addition, he urged all Administrative Secretaries not to approve applications for employees who want to move to cities, municipalities and cities as these areas have a large number of staff.

For more you can watch video below:-

In addition, Professor Shemdoe urged the Administrative Secretaries to give priority to staff with various proven challenges.

He also asked all employees to remain at their facilities and transfer letters will be sent to their employers and they will see their names on the PMO-RALG website.

He also urged employees to beware of scammers seeking money for the success of their transfers as Transfers are free and are the right of every employee.

He said that the previous transfer letters that had reached the PMO-RALG Office are being processed and the names would be released on a monthly basis until June 30 before the new system could be implemented. 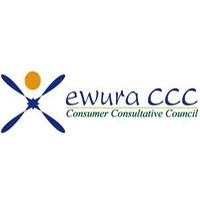