From September 2016 to date, NIDA has been Registering and Issuing Identity Cards to the eligible residents who are non-citizens in Dar es Salaam region and now, the exercise is officially extended to commence countrywide to all eligible residents who are non-citizens from 06th March, 2017. With that regard, NIDA would like to inform all Legal Residents who resides in Tanzania for more than six months as per their residence permits from the date of issuance of this announcement to participate in Registration and Identification of persons exercise as required by law;

The following below are some of NIDA online services:-

This service is for citizens who want to request for their National Idenfitification Number (NIN), Generate Control numbers for payments of ID replacements and print their bills.

Repay a lost or damaged ID to replace it. The cost of this service is

The party wants to change the information that involves changing the National ID. Change your NIDA information (For instructions given to you by NIDA officials).

This is for NIDA stakeholders who provide services to their customers by verifying customer information through NIDA database.

Verification (For stakeholders Only)

Reconciliations (For stakeholders Only) 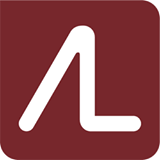