The decision to establish NECTA was a follow-up of an earlier move, in April 1971, when Tanzania Mainland pulled out of the East African Examinations Council (EAEC) to conduct her own examinations. Zanzibar pulled out of EAEC in 1970.

Ministry of Education and TAMISEMI through NECTA has released new form six revision Timetable that will be live in Tanzania Broadcasting Cooperation (TBC). see full Timetable in Picture below:- 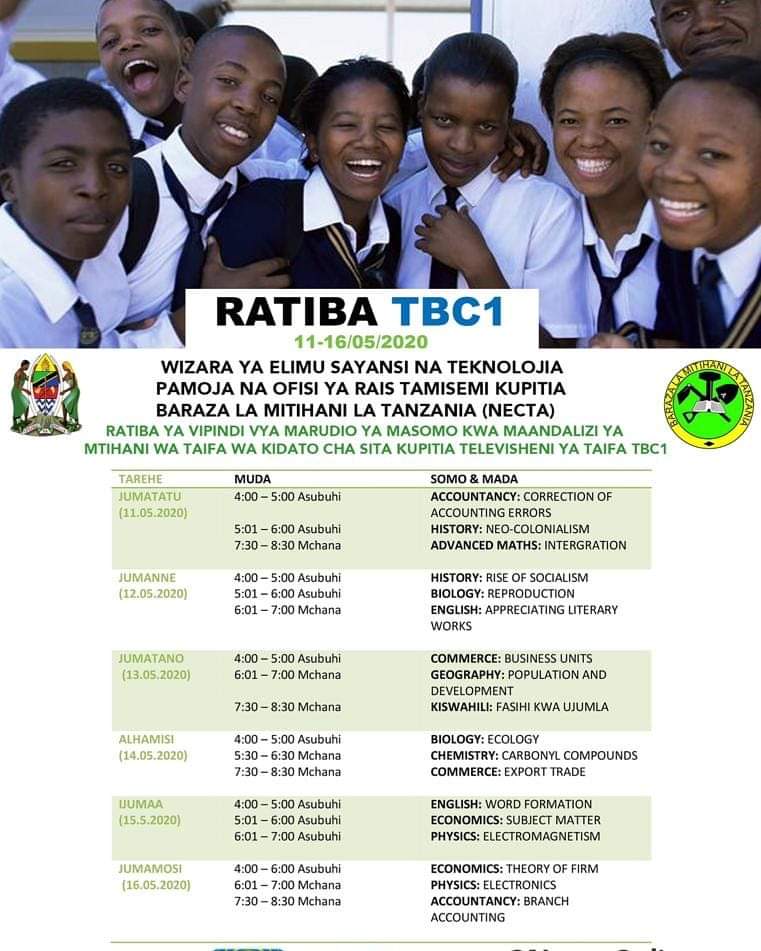