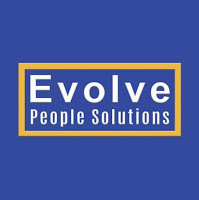 These three constitutions had explicitly stated the Constitutional mandate, powers, functions and responsibilities of the CAG as the controller of funds from the Consolidated Fund and auditing of the use of such funds. These constitutions had further elaborated on the powers of the CAG such as to have unrestricted access of books of accounts and any other information that are subject to audit.

Moreover, this constitution have all along provided for independence of the CAG that when performing his function, he should not be subject to any order or direction from any Government Department or any person on any issue concerning such audit. The provisions concerning the constitutional mandate of the CAG within these three constitutions had been expounded by three Acts of Parliament since independence.

The first Act of Parliament was the Exchequer and Audit Ordinance, 1961, that came into force on 1st July, 1961. This Act was repealed and replaced by the Public Finance Act, No 6 of 2001. In 2008 there arose a need to have an independent legislation governing auditing activities in the country. This was in accordance with the Lima Declaration for Supreme Audit Institutions and the need to have one comprehensive law that governs auditing and at the same time guarantee the adherence to the accountability systems that are in place. On the basis of this need, the Public Audit Act, No. 11 of 2008 was enacted. All these laws provided powers, functions and responsibilities of the CAG.

The laws gave mandate to the CAG to examine, inquire into and audit the accounts of all accounting officers and receivers of revenue on behalf of the National Assembly. In exercising this mandate, the CAG has powers to call upon any officer for any explanation and information. Also the CAG has powers to authorize any person publicly carrying on the profession of an accountant or an auditor or any other expert to carry out any inquiry, examination or audit and has powers of disallowing any payments made illegally. National Audit Office of Tanzania

The main difference between the Exchequer and Audit Ordinance and the Public Finance Act was that the former was based on Regularity audit while the latter widened the scope of audit to include among others value for money audit. Likewise, the advent of the Public Audit Act in 2008 widening further the scope of audit functions by adding forensic audit, environmental audit and any other audits.

View all job of National Audit Office of Tanzania as follows below:-