Kocha Mpya Wa Yanga. Most of us, we aware that Luc Eymael is no longer Yanga’s coach after Yanga fired him for uttering words that contained racist elements.

Many people were waiting for new coach would replace Luc Eymael.

Luc Eymael led Yanga until it finished second (2) in the standings of the mainland Tanzanian Premier League last season. Reports claim that a new Yanga coach has been found who is Cedric Kaze.

Yanga’s new coach is a Burundian national who is the head coach of the Burundi national team of under-17.

He was born 1980 in Bujumbura is one of the best young coaches in East and Central Africa.

He started his coaching career in the 2004/2005 season at the age of 25 at Burundi’s Prince Louise Rwagasore FC as an assistant coach.

In the 2005/2006 season he was offered the position of head coach of Prince Louis Rwagasore FC and enabled his team to take second place in the Burundian premier league behind Vital’O FC.

In the 2006/2007 season he went to Atletico FC in Burundi. Cedric Kaze served as the best coach in Burundi in the 2010/2011 season. He has finished second in the Burundian premier league three times that is his biggest achievement. 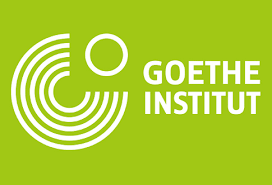