Nafasi za Kazi Uhamiaji, Ajira Mpya Uhamiaji. The Immigration Services Department is established under Section 4(1) of the Immigration Act of 1995 Chapter 54 as amended by Act No.8 of 2015.  It gives the Department the authority to control and facilitate immigration issues in the United Republic of Tanzania. The Department is one of the security organs under Ministry of Home Affairs.

To become an efficient and effective Institution, which provides high quality Immigration services that meet both national and international standards.

To facilitate and control movements of persons through implementation of relevant Laws and Regulations in order to safeguard national security and economic interests.

The Immigration has announced new job opportunities for Tanzania to fill available 470 opportunities as shown attached image below:- 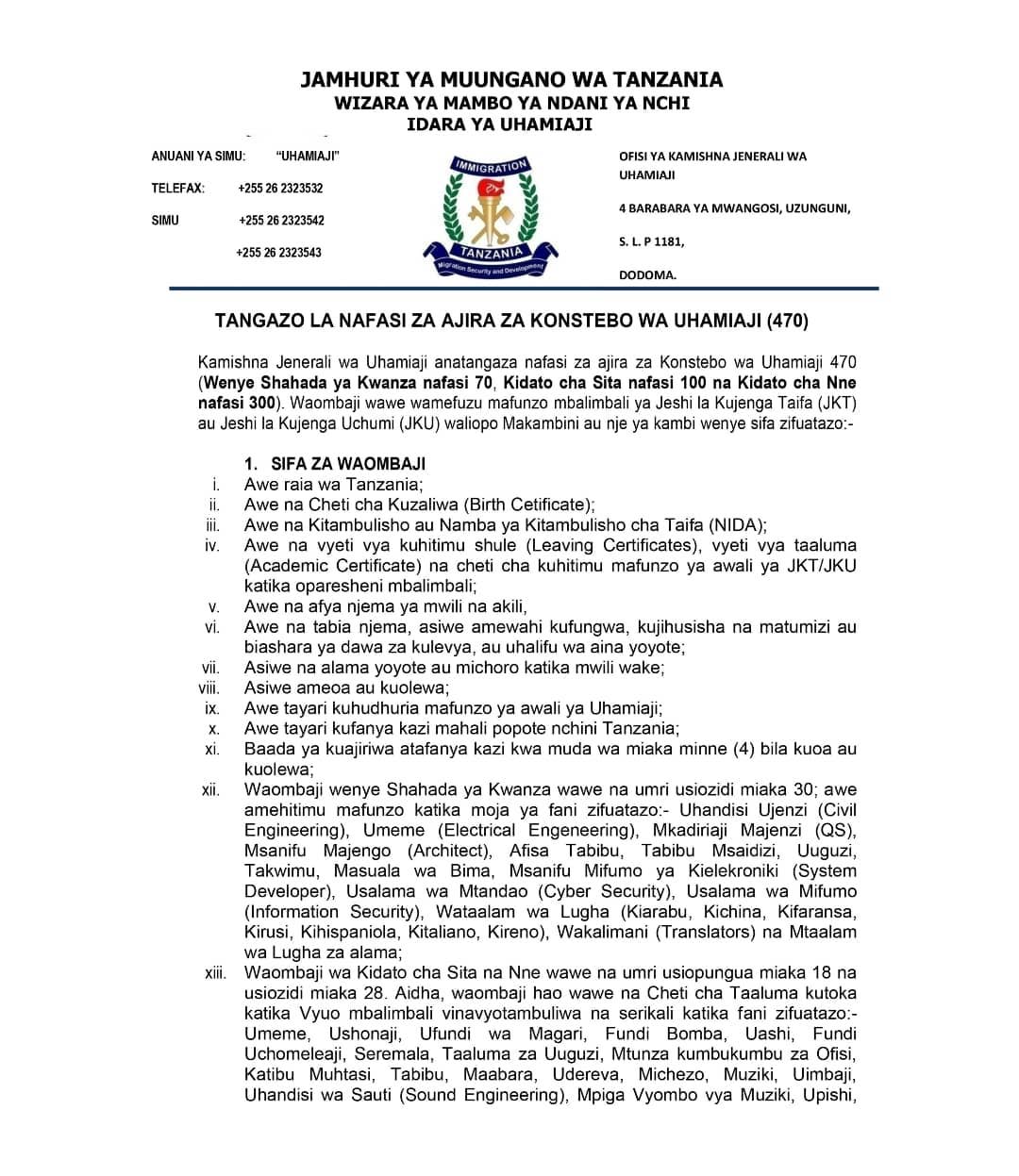 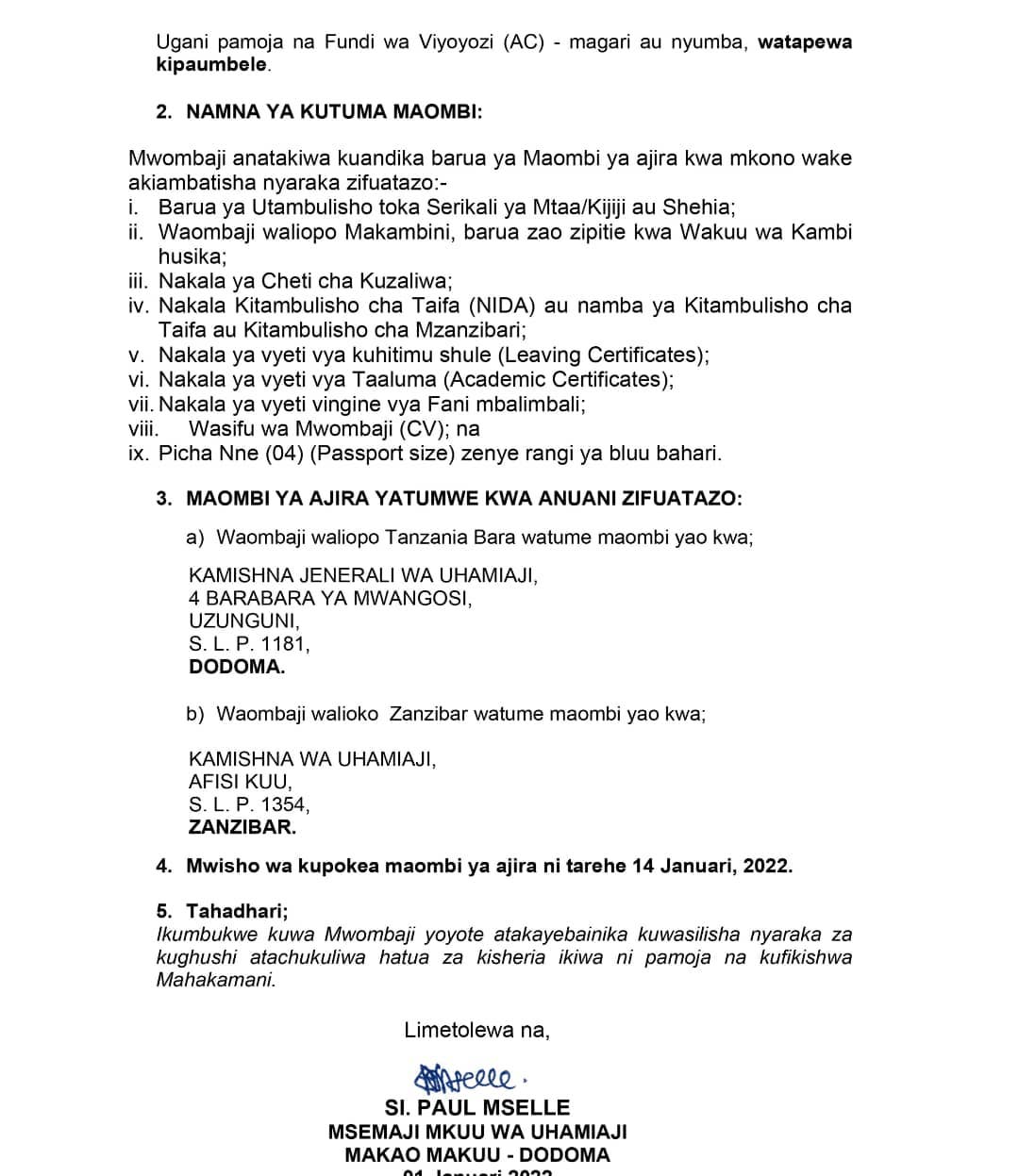