Government Reduce Transaction charges By 30 Percent. On July 19, 2021, the President of the United Republic of Tanzania, Her Excellency Samia Suluhu Hassan, addressed the Honorable Minister of Finance and Planning, Hon. Mwigulu Lameck Nchemba and the Minister of Communications and Information Technology, Hon. Faustine Ndugulile reviewed telephone transaction charges after hearing public outcry over the charges.

In pursuit of this directive, today, August 31, 2021, the Minister of Finance and Planning, Hon. In addition, the Government has negotiated with telephone service providers who have also agreed to reduce the rates they charge in sending and withdrawing transactions between the internet and another network by 10 percent.

The reduced rates will be officially announced by Government Proclamation tomorrow on September 1, 2021.

The Government believes that the decision will provide relief to the people and enable the Government to raise funds to implement various development projects as intended when the levies were approved and approved by the Budget Parliament for the Year 2021/2022.

It is the Government’s belief that the people will support this decision as the levies have begun to bring significant benefits to the people including the amount of 48.4 billion shillings recently collected which is directed towards the construction of 150 health facilities and the completion of 560 classrooms across the country. For more information read in attached image below:- 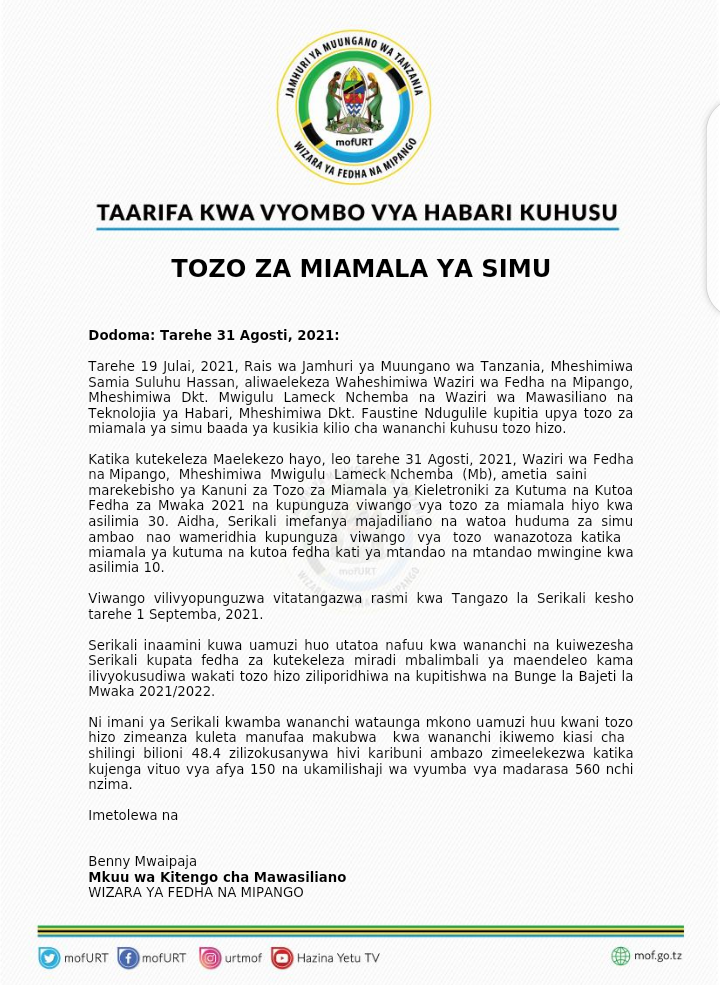 Molnupiravir Give Hope Prevention of COVID-19