The Executive Director of Mkalama District Council would like to announce them All qualified and capable Tanzanians to fill the vacancy of the Village Executive Grade III for Permanent Terms.

This announcement is after receiving the Employment Permit An alternative to Ref. Na. FA.170 / 366/01 ”B” / 22 dated June 15, 2021 from
Permanent Secretary, Office of the President, Public Service Management and Good Governance. For more information get attached PDF file below 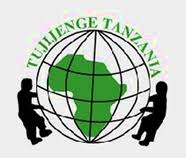