View information below from White House 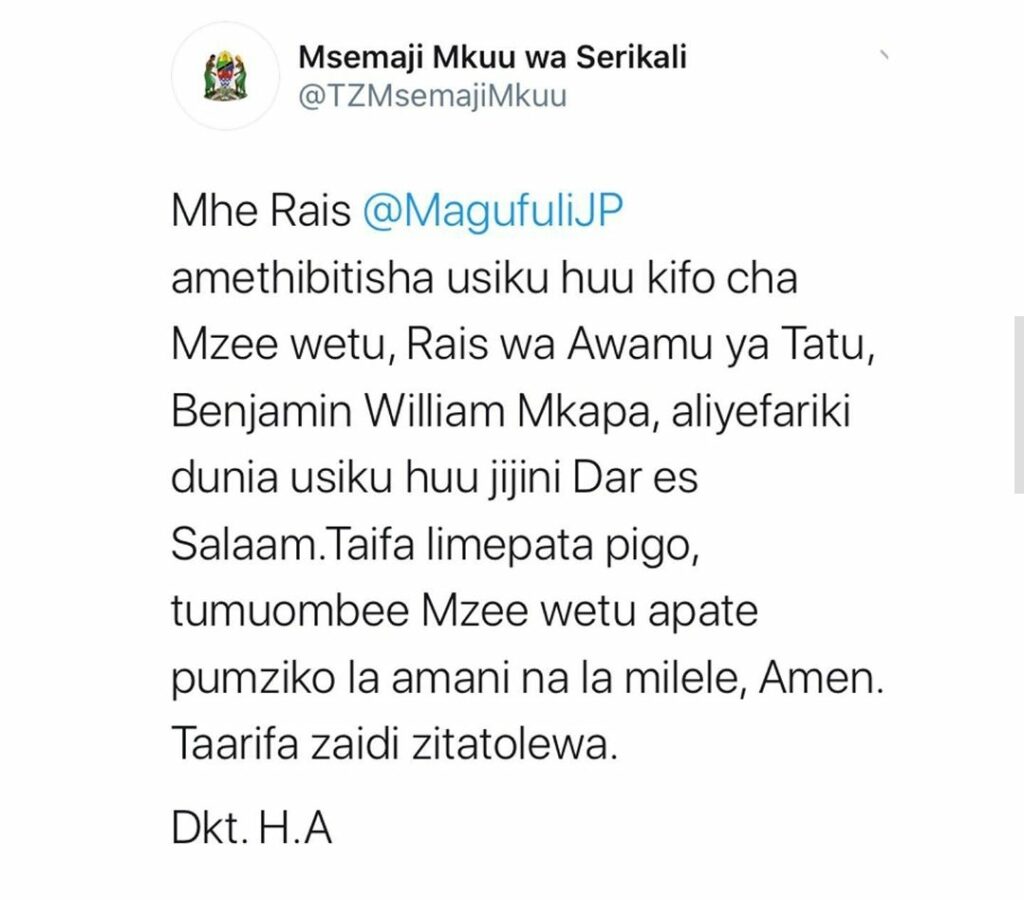 Benjamin William Mkapa (November 12, 1938 July 23, 2020) was a Tanzanian politician who was the third President of Tanzania, in office from 1995 to 2005. He was also Chairman of the Revolutionary State Political Party (Chama Cha Mapinduzi, CCM). Passed away at Muhimbili National Hospital on July 23, 2020.

JPM All White House Builder To Be Recruited At TPDF