According to a listing published today by the FCC show Xiaomi has a new Android TV-powered Mi Box released soon. The new streaming device is expected to be the successor to the Mi Box S that was released in October 2018 but there is a chance it isn’t.

The newly certified Mi Box has the model number MDZ-22-AG which is nearly identical to the MDZ-22-AB model number of the 2018 version As reported by 9to5Google. The images attached to the FCC documents also show that it has the same design as the Mi Box S but comes with a slightly different remote. 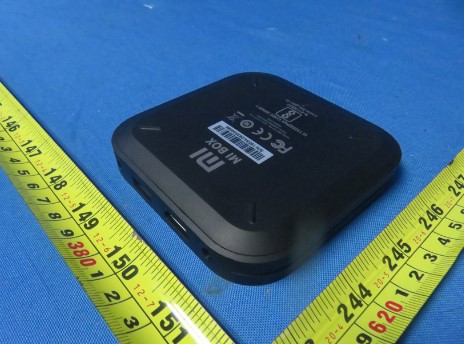 In addition, the images of the internals show that this new Mi Box has the same old Amlogic S905-H quad-core processor that powers the original Mi Box and the Mi Box S. There is also a copy of the user manual that says that the device is called Mi Box S. Based on these, we do not think this is a successor to the Mi Box S.

The photos show the same old black box design with the ports at the back. You get an audio output port, an HDMI port, a full-sized USB port, and a power input jack. The remote has the same button arrangement, save for the Netflix Button which is now white, and a button for Prime Video that replaces the Live TV button from the previous version.

According to the user manual, the remote will be powered by two AAA batteries that will be included in the box along with the HDMI cable and a power adapter.

At the moment, we do not know if there will be an official announcement for this new Mi Box S or if it will silently replace the old model. Once we have more details, we will let you know.