Section 5 of this law establishes the Bureau as an independent public body, and Section 7 sets out its functions. The mandate and operations of PCCB are limited to Tanzania Mainland. In the endeavor to combat corruption the Bureau adopts the three-prong approach, namely by prevention, public awareness, investigation and prosecution of offenders. 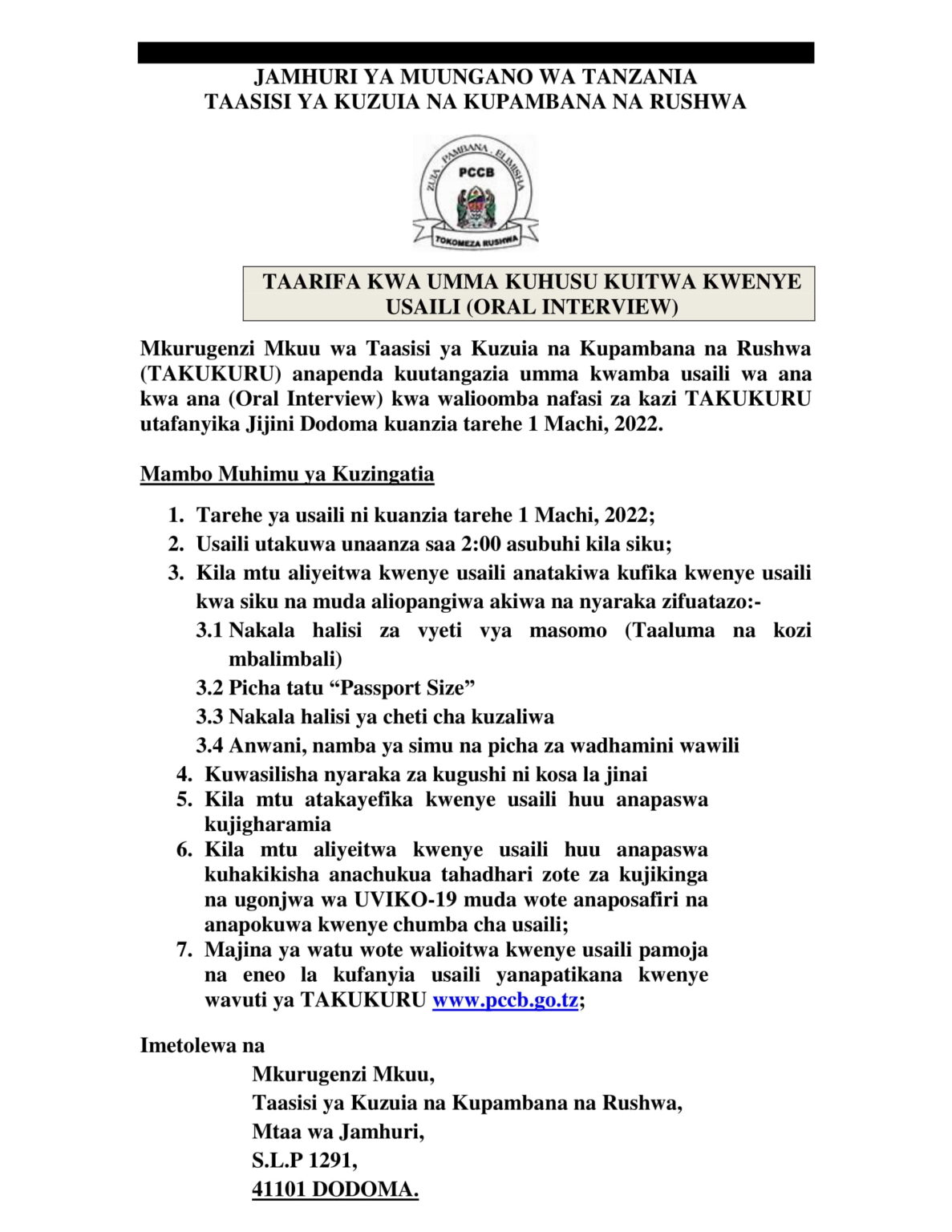 Get all names in attached PDF file below:-