AzamPesa Wakala. Large companies and widespread in Tanzania with neighboring countries ‘Bakhresa Group’ has brought to market a new financial service called ‘AzamPesa’. This service is just like other services of M-Pesa, Airtel Money, Tigo Pesa. 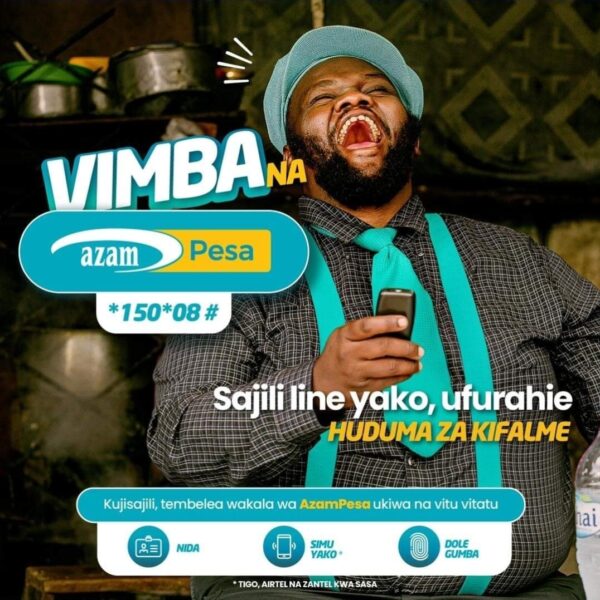 Do Azam have launched their mobile network?

NO. Azam have not yet established their network as are several communications company in the country. AzamPesa have entered agreements with some networks for facilitating access to services through the networks of the line.

Until now Azam Pesa agreed upon by Tigo, Airtel and Zantel. So this service is available in SIMCARDS networks mentioned.

Vodacom, Halotel and other networks are still in talks.

Is this service has begun to work?

Yes, this service has started working for all registered customers.

How to join this service?

Arrives at the store and you can be registered agent. What is needed is your phone number and number of NIDA. Within two minutes you have already registered already have customer AzamPesa.

Can I get a packaged service ‘Bundles’ special Azam?

NO.  Azam have not yet established their network so remains a matter of parcels making the Internet relevant.

Is this service available where?

This service is available in all regions in Tanzania. Although still not available everywhere but its available in many areas of the cities is guaranteed.

What is USSD menu of Azam Pesa?

After registration, you will change the numbers hidden. So you press *150*08# to be able to gain access to AzamPesa.