The government has announced the second phase of the recruitment of 5,000 teachers to reach 13,000 teachers due to the approval given by President John Magufuli.

Addressing the second meeting of the Tanzania Mainland Primary School Teachers’ Union in the city yesterday, the Permanent Secretary in the President’s Office, Tamisemi, Joseph Nyamhanga said the second phase of the employment of 5,000 teachers will take place earlier this year.

Nyamhanga said the second phase is taking place after the first phase of employment of 8,000 teachers was announced. The teachers have been reporting to work, especially in rural areas since December last year.

He said 5,000 teachers who will be employed in the second phase will be sent to rural areas and areas where there is a great need for primary and secondary schools.

“There are more than 2,500 primary and secondary schools that were not allocated to teachers in the first phase of 8,000 teacher recruitment,” he said.

He said schools will get teachers in the second phase and the emphasis will be on schools in need, especially in rural areas.

He said the government has made arrangements to enter into an agreement with the teachers that they will not relocate to their work station until three years have passed.
Nyamhanga said the government had issued instructions to teachers with health problems, but stressed that those with excuses would not be allowed to move.

“Use of social networks. Let’s not put everything in WhatsApp groups, we will not tolerate anyone I have seen say this before I start making difficult decisions, ”said Mweli.

Rehema Ramote, Chairman of the Tanzania Teachers ‘Union of Mainland Teachers, said despite the Government’s efforts to build classrooms, teachers’ houses and toilets, there are still challenges in many primary schools. 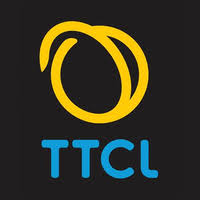